SALT LAKE CITY–(BUSINESS WIRE)–The Utah Technology Council (UTC) invited its members to celebrate its achievements over the last year by honoring several tech champions, and were pleased to hear keynote remarks on “The Exponential Future of Technology and Innovation” by Mark Sunday, chief information officer and senior vice president of Oracle Corporation, a company that offers a wide variety of servers, databases, applications and cloud technologies for today’s business climate.

Throughout his remarks he offered compelling examples of human ingenuity, starting with America’s Cup, the sailing yacht speed battle for the world’s oldest trophy in international sports. Oracle TEAM USA is a two-time America’s Cup winner preparing to win its third consecutive trophy in Bermuda next month. Through the latest technological advancements, the competition will be more accessible to fans than ever before.

“By continuing to train our minds to think exponentially, we will find ourselves open to new opportunities to innovate, disrupt, and more importantly, improve the world in which we live,” said Sunday. At the end of his presentation, Sunday announced a winner from the audience to receive an Oracle TEAM USA jacket personalized by two-time America’s Cup winner, Jimmy Spithill.

UTC also honored several individuals who have contributed to the mission of the Utah Technology Council and have helped elevate Utah’s tech ecosystem. The industry awards for 2017 were presented in the following categories:

“Thanks to the total commitment and sacrifice of leaders like you, Utah’s tech industry continues its meteoric growth, having recently achieved national recognition as a super sector,” said Richard R. Nelson, president and CEO of UTC. “I have been privileged to be engaged in Utah’s remarkable dynamism, working closely with state legislators, governors, and other key decision makers over the years to ignite Utah’s capital investment and bolster talent development at all K-20 levels. I am proud of our accomplishments.”

UTC Chairman, Gary Goodrich, reflected on the achievements over the last year and acknowledged the honor of having the head of the largest tech company keynote UTC’s most recent Hall of Fame celebration. “Over the last year we celebrated UTC’s 25th Anniversary, and the highlight of this monumental celebration was hosting Apple CEO Tim Cook.” Goodrich goes on to say that Cook greatly enjoyed the evening learning about the success of Utah’s tech sector. Cook remarked that “creativity, energy, and entrepreneurial drive were signs of great things happening here.” He continued, “there’s no place in the world I’d rather be.” 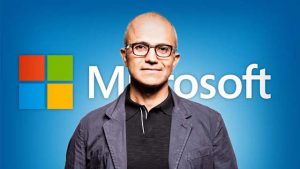