Original article by Utah Business Magazine can be found here.

Salt Lake City–Salt Lake City ranked #22 on CBRE’s sixth-annual “Scoring Tech Talent” report, a comprehensive analysis which ranks 50 U.S. and Canadian markets according to their ability to attract and grow tech talent. Salt Lake City stands out as having the seventh largest concentration of millennials among the 50 markets in the report – 21 percent compared to the U.S. average of 13.9 percent. This is one of the area’s greatest strengths; as the largest demographic cohort, millennials’ robust entry into—and maturity within—the labor pool contributes greatly to the growth of tech talent.

The report, which can be viewed in detail by market in the interactive Tech Talent Analyzer, found that the cost of tech talent is ever-increasing and has significant effects on commercial real estate.

“The highly competitive and supply-constrained market for tech talent, along with advanced communications infrastructure, has accelerated the expansion of tech talent pools into smaller markets like Salt Lake City and Provo. These previously under-supplied regions are gaining demand for tech talent from both start-ups and established companies,” said Colin Yasukochi, director of research and analysis for CBRE in the San Francisco Bay Area, and the report author. “Accordingly, demand for commercial real estate to accommodate this growing workforce is on the rise.”

Salt Lake City ranked as the eighth least expensive market in which to start a tech business, when taking into account rents and wages. When considering only U.S. markets, Salt Lake City has the fourth lowest estimated operating cost. This cost savings represents a significant advantage over markets which frequently compete against Utah for the formation and expansion of tech companies.

“The Salt Lake City region has consistently performed well on the Scoring Tech Talent report, but each year’s report highlights key areas in which the market can continue building its momentum, or make slight adjustments in weaker areas to improve its performance,” commented Lloyd Allen, managing director of CBRE’s Salt Lake City office. “A highly educated—and particularly young—labor pool, combined with one of the lowest-cost areas to perform business, has always been a strength of the market and has benefited our local economy for many years.”

Salt Lake also stood out in the report in other key areas:

“This mismatch in the high number of local tech graduates to fewer tech job openings really represents more of an opportunity than anything else. It tells tech employers looking to grow that even though Salt Lake has a low unemployment rate, there’s substantial local recruiting potential for new, quality talent—something they’d have to fight for (or bring in) in high target markets like San Francisco or Seattle,” stated Joseph Farrell, a research analyst and team lead in CBRE’s Salt Lake City office. 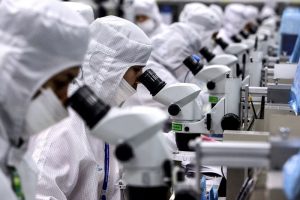