The council made the announcement recently. Nadella follows other prominent tech leaders as gala speakers, including Tim Cook of Apple, Jeff Bezos of Amazon, Marc Benioff of Salesforce, Jeff Weiner of LinkedIn, Steve Ballmer of Microsoft, Mark Hurd of Oracle, and Eric Schmidt of Google.

“The Hall of Fame is the premier event for Utah’s 6,000 tech companies where we celebrate the vitality of our dynamic industry,” said Richard R. Nelson, UTC’s president and chief executive officer. “Hosting Mr. Nadella is a major coup. He’s a brilliant visionary.”

The crucial need for corporate change and reinvention, as told in his own words, can be found in Nadella’s new book Hit Refresh, which is scheduled to be published Sept. 26.

“I am pleased that Satya Nadella has accepted my invitation to keynote the Utah Technology Council’s Hall of Fame event,” said U.S. Sen. Orrin Hatch, R-Utah. “He is a true innovator and is doing amazing things for Microsoft. Following a thrilling visit from Apple’s Tim Cook last year, Satya will continue our tradition of bringing the world’s foremost tech leaders to Utah to provide unique insights and inspiring advice for our vibrant innovation community.”

Before joining Microsoft, Nadella was a member of the technology staff at Sun Microsystems. 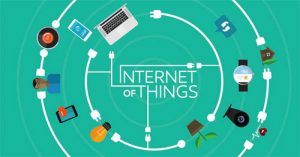