Honoring our 2017 Hall of Fame Inductees

Honoring our 2017 Hall of Fame Inductees

We are excited to announce that we will induct three tech industry leaders into our Hall of Fame. Aaron Skonnard, Amy Rees Anderson and Patrick Byrne will be honored at the UTC Hall of Fame Celebration which will be held at the Salt Palace Convention Center in Salt Lake City on November 10, 2017. The Hall of Fame Gala has become the largest annual gathering of leaders from Utah’s thriving technology industry.

The theme of this year’s gala is “Celebrate Transformation”. This theme is especially fitting as we honor three innovative individuals who have literally transformed their companies and helped propel our great state to become a nationally recognized tech hub. We are extremely pleased to be able to honor them.

Aaron Skonnard is co-founder of Pluralsight and serves as its CEO.  Aaron has spent years developing course materials and teaching professional developers throughout the world. He has presented at many popular developer conferences like PDC, TechEd, and VSLive! Microsoft has recognized him as an MVP in the “Connected Systems” developer community for eight years. Aaron has authored numerous Pluralsight courses in the areas of Azure (cloud computing), WCF, Web services, XML and BizTalk Server.

Aaron has written numerous articles, whitepapers, and books and he’s a contributing editor with MSDN Magazine where he authored The XML Files and Service Station columns for years. He has written numerous books, articles, and whitepapers including the Essential XML Quick Reference (Addison Wesley, 2001), Essential XML (Addison Wesley, 2000), and his popular columns in MSDN Magazine.

Amy Rees Anderson is the Managing Partner and Founder of REES Capital, an angel investment firm that provides entrepreneurs and business executives with support and guidance. Prior to founding REES Capital, Amy was CEO of MediConnect Global, one of the largest cloud-based health information exchanges, which she sold in 2012 for $377 million. Upon selling, Amy founded the IPOP Foundation (www.ipop.org), a charity focused on helping promote, educate and perpetuate entrepreneurship as a pathway to self-reliance.

Amy has received numerous prestigious awards, including CEO of the Year from UTC and Ernst & Young Entrepreneur of the Year. She has been featured in The Wall Street Journal, Inc Magazine, USA Today, Fast Company, Businessweek and other national publications. Amy was the first woman to be named BYU’s Entrepreneur of the Year. In 2015, she received an honorary Doctorate in Humane Letters. Amy is an author and weekly contributor to Forbes and the Huffington Post. She is also an in-demand public speaker, a respected mentor and university lecturer.

In 2012, when no firm over $1 million in revenue had yet accepted bitcoin as a payment method, Dr. Byrne decided that Overstock.com, then with $1.4 billion in revenue, would accept the digital currency. Having become familiar with blockchain technology underpinning digital currencies such as bitcoin, Byrne created Medici Ventures, a subsidiary of Overstock.com, to build blockchain-based financial technology solutions. In 2015, Byrne used Medici’s t0.com securities trading platform to become the first person to purchase a digital bond entirely on the bitcoin blockchain. Byrne made history again in 2016, when Overstock.com issued the first shares ever traded on an alternative trading system (ATS) utilizing distributed ledger technology.

Dr. Byrne holds a Bachelor of Arts degree in Chinese Studies from Dartmouth College, a Masters Degree from Cambridge University as a Marshall Scholar and a PhD in Philosophy from Stanford University.

Guests at this year’s Hall of Fame event will also have the privilege of hearing keynote remarks from Microsoft CEO, Satya Nadella. One of the industry’s most highly-respected global technology leaders, Mr. Nadella embodies the “Transformation” theme with his work at Microsoft since 2014. UTC is grateful to Senator Orrin Hatch for personally inviting Mr. Nadella to address Utah’s tech community at this year’s celebration.

We hope you join us in honoring these three incredible inductees in what is sure to be an unforgettable evening. To find more information on tickets and sponsorship or to register, please click here. 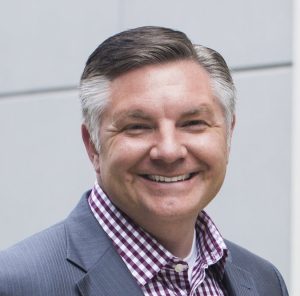