SALT LAKE CITY — An announcement Wednesday of the union of two tech-centric groups — Silicon Slopes and the Utah Technology Council — marks the birth of a two-part entity that is instantly one of the most powerful in a state where tech is evolving into the primary economic driver.

The new alignment combines Silicon Slopes’ mission as an education, community-building and outreach organization with the technology council’s trade-focused, public policy advocacy for an innovation industry that numbers over 6,000 companies and directly and indirectly employs over 300,000 Utahns.

Silicon Slopes has built a wide following and drew some 24,000 attendees to its annual Tech Summit this past January, while the Utah Technology Council boasts 400 member companies among its ranks.

The new, dual-threat effort will see Clint Betts, Silicon Slopes co-founder and current president/executive director, taking over the same role at the council, with Utah tech veteran and current Banyan CEO Carine Clark stepping in as the new Utah Technology Council board chairwoman. John Knotwell, the current council president, will be leaving his post, as will Kathryn Murphy, the current Utah Technology Council board chairwoman.

Clark noted that the nearly three-decade old Utah Technology Council effort laid the groundwork for the success of Silicon Slopes and that, combined, the unified organizations will be set to help bridge the gap between public policymakers and the evolving needs of the tech community.

“Silicon Slopes has been able to thrive and do unbelievable things because of the rails UTC started laying 30 years ago,” Clark said. “Both organizations have been doing great things for Utah tech, but braiding them together will allow us to do more, and do it faster.”

The differing tax structures of each entity — Silicon Slopes as a 501(c)(3) and the Utah Technology Council as a 501(c)(6) — defines what each nonprofit can and cannot do in the course of business. While Silicon Slopes is limited in its outreach to education efforts and some advocacy, the (c)(6) designation of the technology council allows for broader lobbying and direct involvement in advocating on behalf of public policy issues as a trade organization.

The council’s outgoing chairwoman, Murphy, said she was excited about how the new alignment will enhance what each group excels at.

“What (the council) is really good at is making Utah a great place for tech companies,” Murphy said. “Our council excels at bringing their expertise to bear on a lot of complex public policy issues that really matter to our tech community. But we’re typically doing it quietly, behind the scenes.

“Silicon Slopes has been great at being a … voice on behalf of tech, doing outreach and bringing positive attention to our growth and successes.”

Some policy issues raised in the recently completed state legislative session highlighted that concerns of the state’s technology and innovation sectors are not necessarily shared by other business community advocates.

On one side, the Utah Technology Council came out strongly in opposition to the Utah House tax reform proposal, HB441, which aimed to extend sales tax collection more broadly to Utah service providers. The council noted the measure would put tech companies at a “massive disadvantage,” saddle those tech businesses focused on service provisions with nearly $200 million in additional taxes in 2020, and could force some companies out of state.

The Salt Lake Chamber, however, supported the tax policy revamp.

“As Utah’s ‘Voice of Business,’ the Salt Lake Chamber supports the Utah Legislature taking bold action to implement an updated, balanced approach to Utah’s tax policy,” Chamber President and CEO Derek Miller wrote in a February statement. “To keep Utah’s economy moving forward and provide for its citizenry, the state’s aging tax structure must be modernized.

“HB441 is a monumental step forward in ensuring Utah continues to lead the nation in economic growth.”

In spite of the divergence in stances over recent tax issues, with legislators ultimately punting the tax reform issue to interim committees for further review and discussion, Miller told the Deseret News he is supportive of the new, combined Silicon Slopes/Utah Technology Council effort.

“We are thrilled by the news of Silicon Slopes and the Utah Technology Council coming together,” Miller said in a statement. “As a member of UTC’s board, I’ve long supported these two groups combining efforts to magnify their voice.

“Utah’s tech industry is the fastest growing sector of our economy and an essential part of our business community. The Salt Lake Chamber will continue working closely with the Silicon Slopes on issues of mutual concern, such as funding to ensure every Utah student had access to computer science education.”

Clark said she was unsure of how up to speed Utah legislators typically are about the issues of import to the tech community — a dilemma she is hoping the new combined organizations can help to mitigate.

“Public policy is tough … and it’s a high point of frustration for me,” Clark said. “I don’t see a lot of people like me, tech people, up there. I don’t know that our current Legislature understands Silicon Slopes. They like to use that term, but not many of them spend time in the Slopes with the people that are making all these things happen.”

Betts, whose tech news and event organization Beehive Startups merged with Silicon Slopes in 2016 to create the current nonprofit, lauded the merger in a statement.

“Silicon Slopes couldn’t be more thrilled to unite with UTC to continue serving Utah’s startup and tech community,” Betts said. “We’re committed to continuing the rich heritage of UTC and view this as a marriage of equals. Today’s news was made possible thanks to the leadership of UTC’s executive committee and its outgoing president and CEO, John Knotwell. John is a remarkable leader who truly puts what’s best for our community above everything else. This deal wouldn’t have happened and Silicon Slopes wouldn’t be what it is today without John and UTC’s incredible leadership.”

Knotwell, who also represents Herriman in the Utah House, said he sees a bright future for the work of the combined efforts.

“I think what this does is elevate the conversation around the tech community in Utah,” Knotwell said. “It is no longer a divided force … and signals to the state and to the community that we see a commonality and alignment in our goals.”

“Silicon Slopes and UTC are such respected organizations that provide great value to our ecosystem through convening, education and advocacy,” Skonnard, a founding member of Silicon Slopes, said. “Each will continue to deliver the world-class experience we have come to expect, while combining forces and aligning resources to better represent the technology community of Silicon Slopes.

“With their powers combined, I know Utah’s startups and the broader tech community are in good hands, and we will continue to demonstrate the tremendous value we bring to Utah.”

“I appreciate the strong work the Utah Technology Council and Silicon Slopes have each done to bolster Utah’s growing tech economy,” he said in a prepared statement. “I look forward to seeing even more impressive results for Utah’s economy as they work more closely together.” 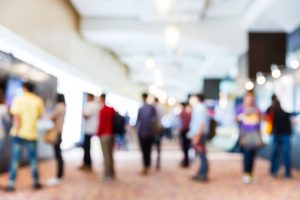