Original article published by Bloomberg Opinion can be seen here. 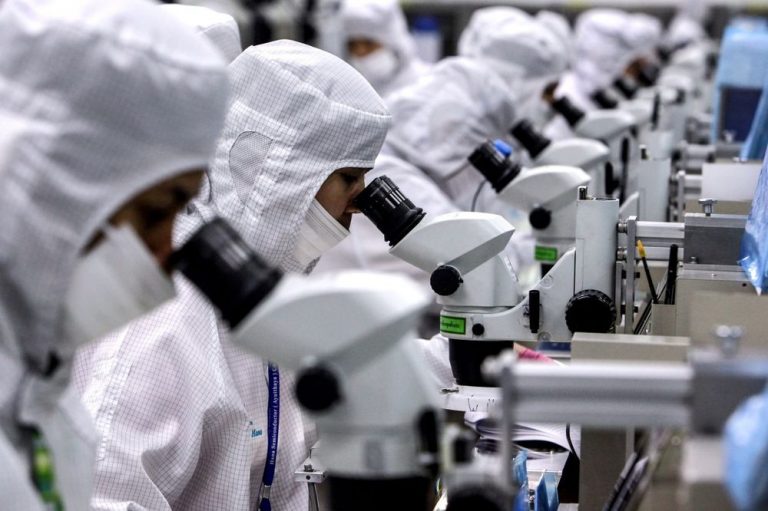 Donald Trump may well be the best thing that’s happened to Southeast Asia’s humble electronics industry in quite a while.

Relatively small, and frankly not as sexy as their North Asia cousins, makers of components and devices with factories dotted around the region may get some time in the spotlight thanks to the U.S. administration’s decision last month to levy an additional 25 percent import tax on 818 separate items from China.

Assembly of name-brand gadgets like Apple Inc.’s iPhones tends to grab an outsized share of attention from media, analysts and investors. Yet crucial parts of the electronics supply chain that also rely on low-cost manufacturing exist in Southeast Asia, such as capacitors, printed circuit boards, hard drives and bluetooth headsets.

Simon Shen, president of Taiwanese electronics conglomerate New Kinpo Group, oversees facilities in the Philippines, Malaysia, Singapore, Thailand and the U.S., and he’s becoming quite a fan of the U.S. president. Well, his tariffs anyway.

The more the U.S. taxes Chinese electronics products, the better it is for Asian companies like his that have operations outside of China, Shen told Bloomberg News’s Cecilia Yap last week. Of course he’s talking his own book when he says that clients are very keen to hear about non-China manufacturing, especially with a Philippine IPO on the cards.

Some investors have already taken notice of the fact that Thailand, Malaysia, the Philippines and Vietnam stand as likely beneficiaries of the U.S.-China trade war.

Perhaps investors are willing to bet that 12 straight quarters of revenue declines at Stars might be brought to an end if customers lean more on Southeast Asia. They’re also betting on Shen’s Thai unit Cal-Comp Electronics Thailand Pcl as well as Hana Microelectronics Pcl.

Viettronics Binh Hoa JSC, a Ho Chi Minh City-based assembler of electronics and components, more than doubled in the past month compared to a 4.5 percent decline in the benchmark Hanoi UPCoM index. The 28 members of Malaysia’s information technology sector averaged an 8.4 percent return compared with 4.6 percent for the market.

The Philippines is an exception, with its information technology index falling 0.5 percent versus a 5.4 percent advance in the Philippine Stock Exchange All Share Index. Perhaps a listing for the local unit of Shen’s Cal-Comp Technology will help turn that around, aided by a protracted U.S.-China tariff dispute. With Trump repeatedly upping the ante, the U.S. president is likely to remain an accidental ally.